How much line will fit on my reel?

This is a question we get asked almost daily, as we sell Tasline braid by the meter. There is no simple answer as there are a few variables and so we try and give you as much information as possible to make the best decision to suit you.

The first test we ran with a start drag of 0.97kg, which is surprisingly hard to pull off the spool. Most people would expect 1kg of drag to be very loose, but that’s not the case and we suspect is about as much as most tackle stores would use to spool a reel. 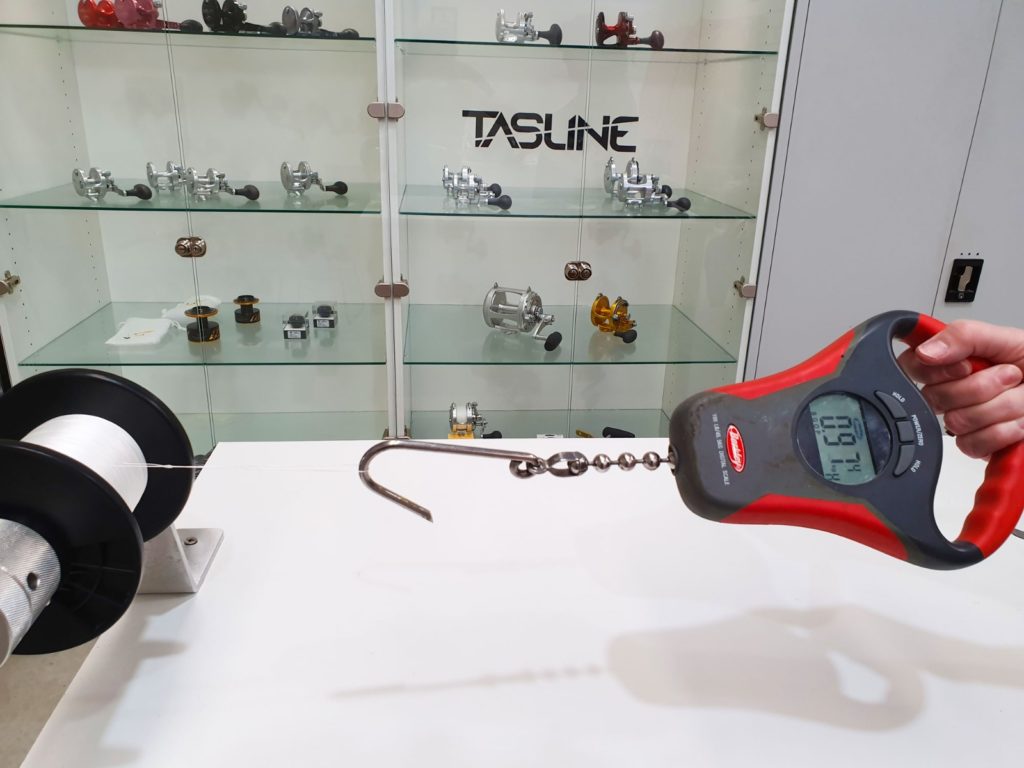 At the conclusion of spooling the reel exactly to the line underneath the spool lip, we measured the drag again and it dropped down to 0.8kg

The reading on the counter was 410.7 meters. The spool says 288.0 meters of 65lb Power Pro, so we were a little surprised to get that much 60lb line on this spool. 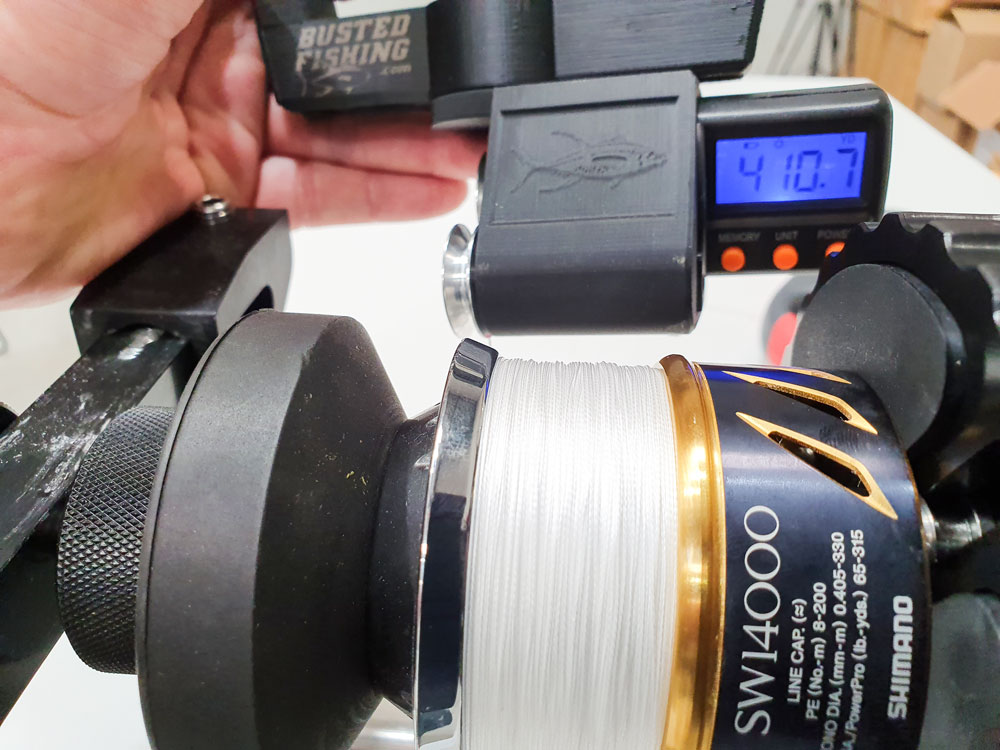 After stripping all the line off, we used exactly the same spool and set up the drag to 5.04kg, which feels like you almost can’t pull the line off by hand. 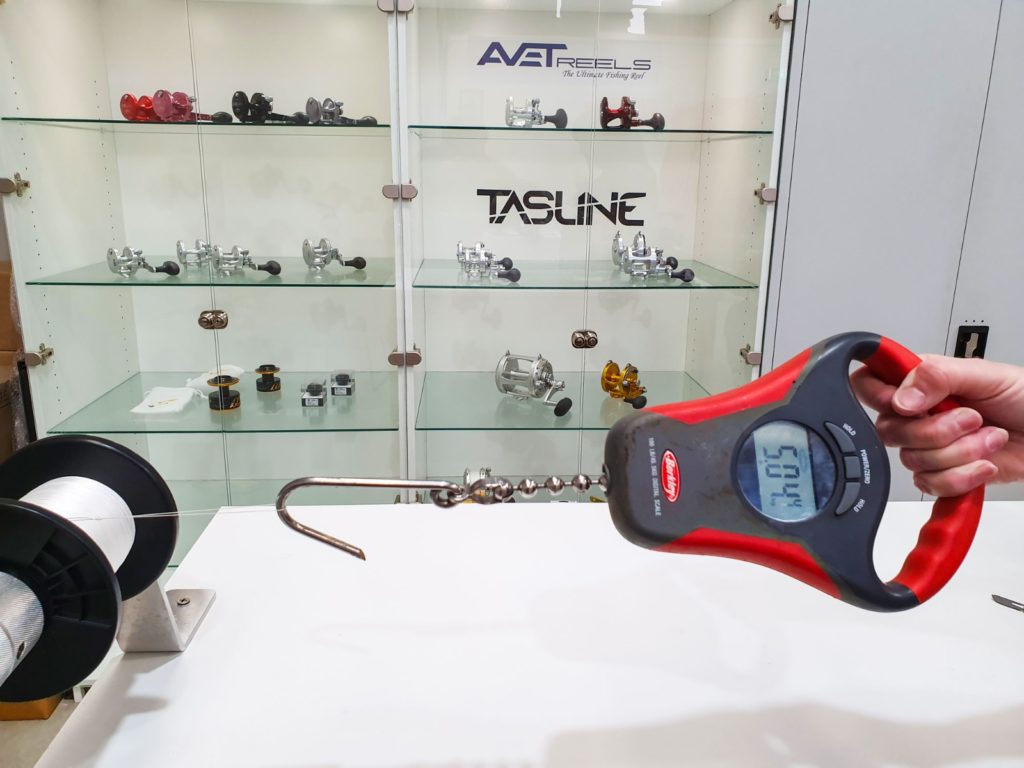 Once we reached 410 meters it was already evident that we would get a lot more line on this spool and we stopped again on the line underneath the spool lip.

We measured the drag again after the reel was full and the drag measured 3.85kg, which was a lot less than when we started. Over the years of using the Bee’s Knees Spooler, we noticed that the drag can drop a lot. Theoretically, one would expect the drag to increase as the spool diameter get’s smaller, but we suspect that most plastic spools collapse somewhat as there is less line on the spool, which may alter the drag. In the real world, 3.85kg still feels like a lot of drag on a straight pull.

The result on the line counter was 480.0 meters, which was 69.4 meters more line on the spool. 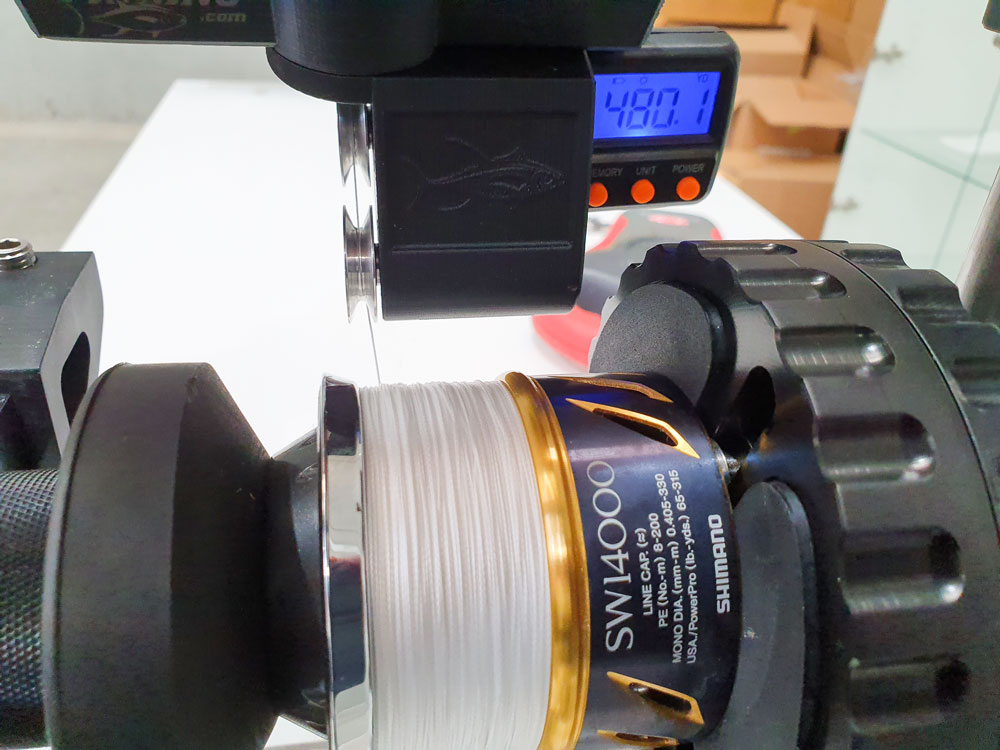 This now raises the question that if for some reason you let line out and wind back in under less tension, will the reel be overfilled?

Our answer to this question is that you should always spool your reels tight where possible. A loosely spooled reel can cause all sorts of problems like this customer’s spool, where the multicolour shows just what can happen when it’s spooled way too loose. This is an extreme case of course 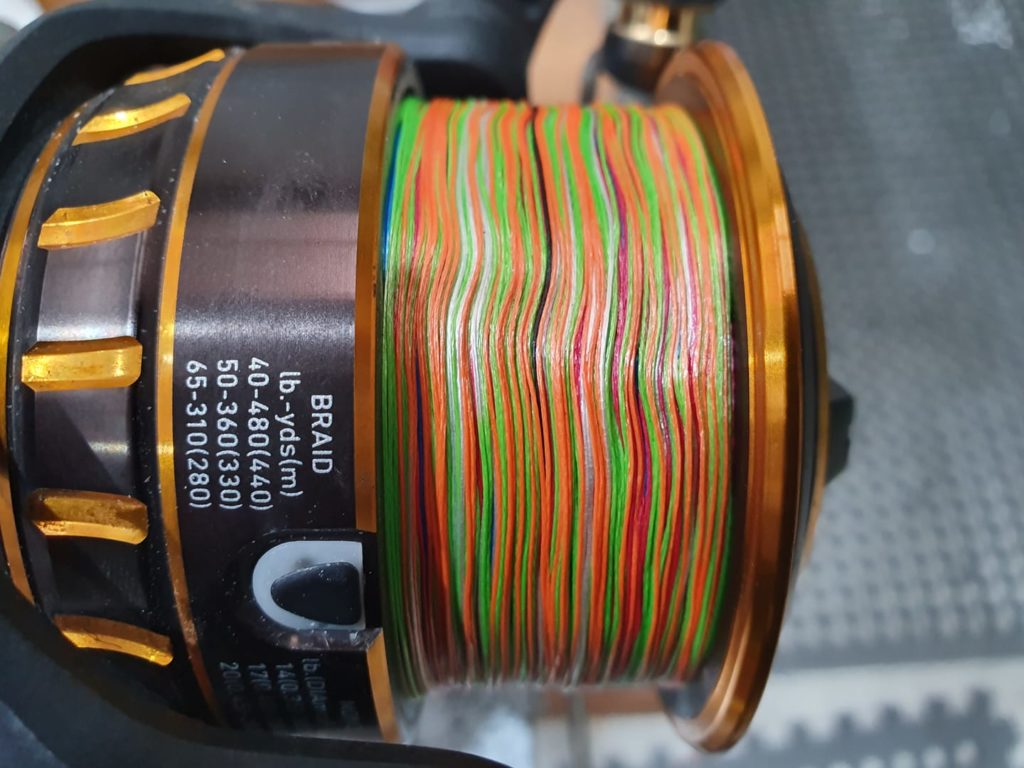 A far bigger consideration for many anglers is the fact that braid can “dig in” on itself, causing the line to break:

So for example, if you drone baits out 400m off the beach, perhaps consider that you may have an extra 70m or so when you wind back in loose. In that case, we would recommend spooling with about 1kg of drag.
But if you spool up for chasing Kingfish or GT’s for example, you simply must spool up tight. Some switched on anglers recommend spooling up with about the same drag pressure as you expect to fish with.

Now, this still doesn’t answer the question of “how much line will fit on my reel”.

A great tool Tasline offers is the online spreadsheet, which has data supplied by customers. You can find the spreadsheet HERE

The spreadsheet is also subject to the same variables but can be used as a good guide.

Finally, there is another way you can get the exact amount of line on your reel with a little trick and using backing. Please find out how to do it HERE

In conclusion, there really is no easy way to answer the question “how much line will fit on my reel” with 100% accuracy but we hope we have given you some useful and interesting information.

If you would like to get some info on the actual tools used to spool your reels properly, please check out the REEL SPOOLER INFO page 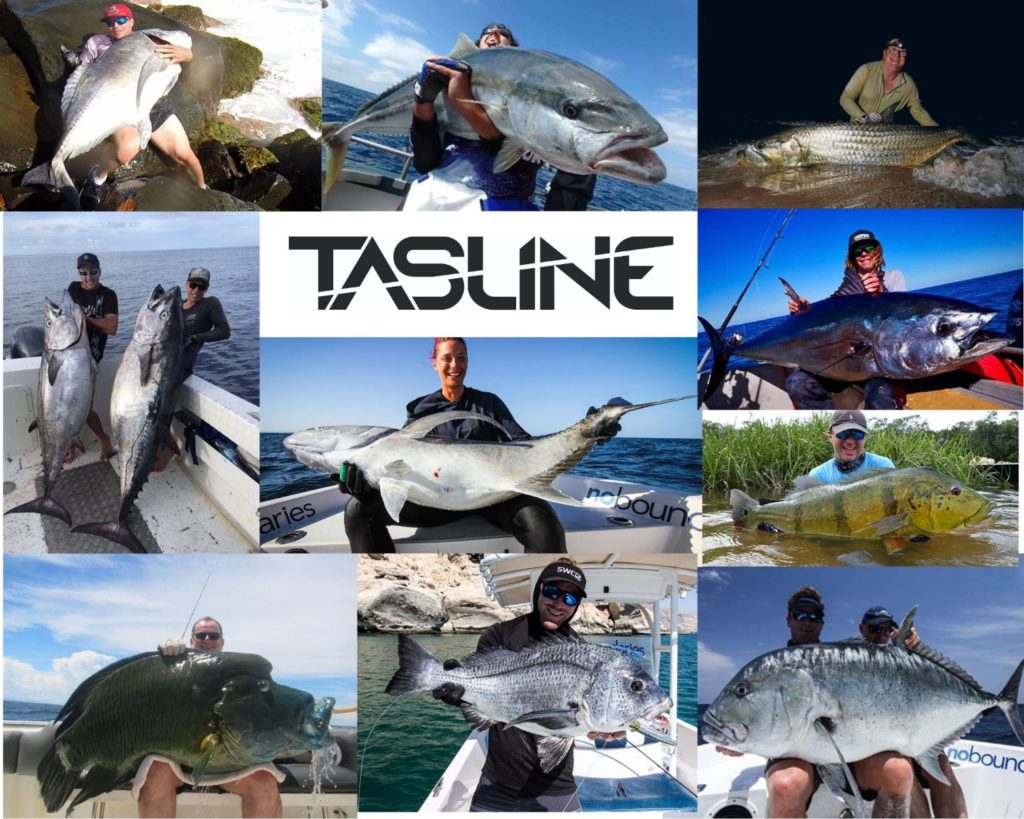