The history of the Busted lures started in 2007 when i was asked to produce a small batch of lures, based on a lure that was no longer made, called a “Bills Slug”. At first i made a small batch of 100 lures and i sold a few on a landbased game fishing forum where they fast became very popular with guys from NSW spinning for small pelagics, particularly Tuna. Keeping the original profile, i then added the now famous cup face and bubble holes which made a great lure even better and up to 2015 we manufactured about 4000 of the Busted 45’s and sold them at a very attractive price for such a high quality, Aussie made lure.

manufactured about 4000 of the Busted 45’s and sold them at a very attractive price for such a high quality, Aussie made lure.

manufactured about 4000 of the Busted 45’s and sold them at a very attractive price for such a high quality, Aussie made lure.

During the time we sold them on Sportfishextreme, the site owner Robert Barrett suggested i make a version with a hole through the center so the lure could travel up the leader when chasing fish that shake their head and dislodge a lot of hooks. So the Barrett 20 and Barrett 45 was born. 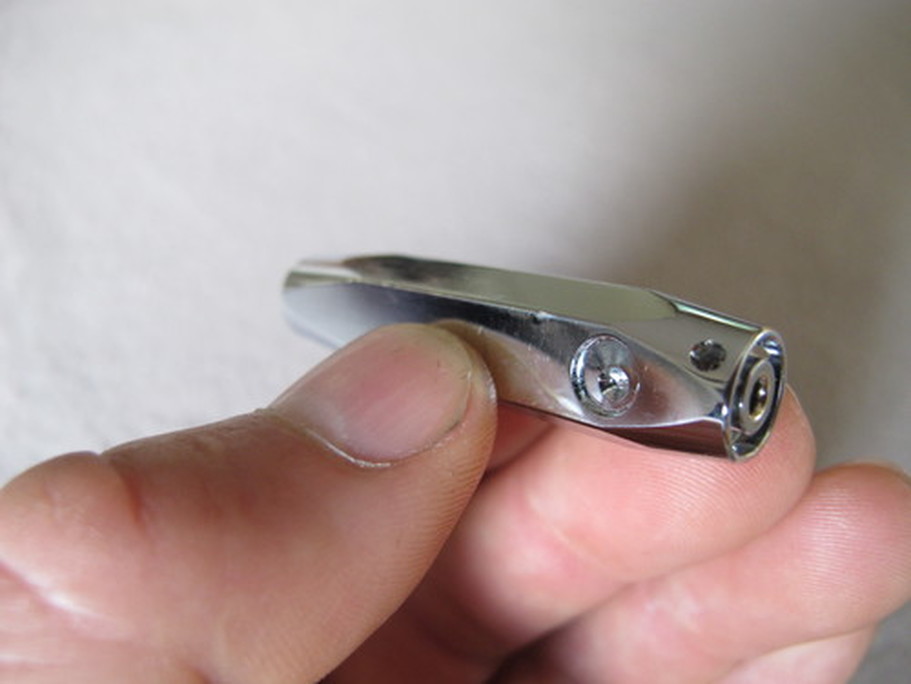 Up to this point i CNC machined all the lures from solid brass bar and chrome plated them in Melbourne and the lures were known for their small nugget shaped profile and great castability. Like all slug type lures, the best retrieve is flat out, triggering a chase instinct in the predator.
But then we were asked to make a bigger lure and brass was no longer an option and we started trialing aluminium. These lures allow more input from the angler to make them swim, or they can still be worked flat out, with many strikes just as the lure brakes surface. We offer them in the cheaper version in an anodized finish in gold, silver and black or painted in stunning colours by Geneo Kustoms in Slimie Mackerel, Yakka, Pink Fusilier, Mahi Mahi, Pilchard and Red Head.

Dimensions of our lures are: 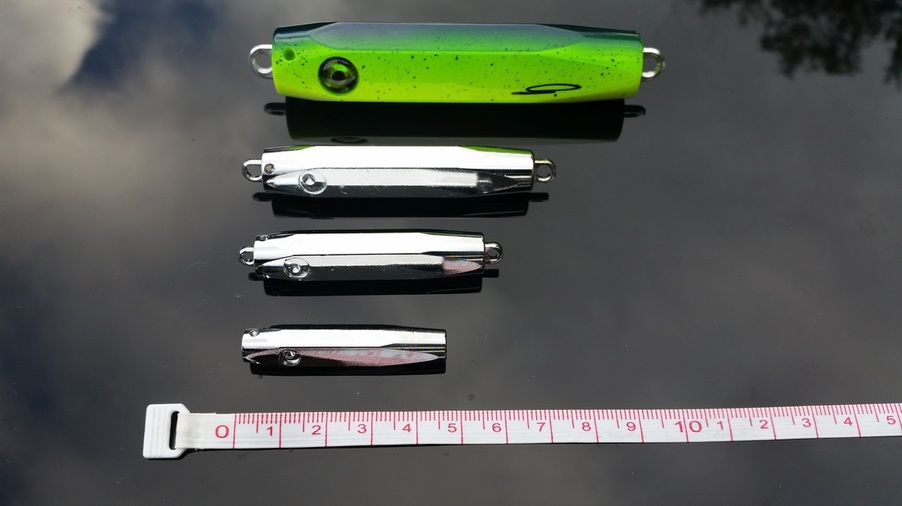