After fishing around the town of 1770 for a few days with little sign of any fish life, i decided to take the Larc (Light Amphibious Resupply Cargo) vessel to Bustard Head, which was a very remote headland only accessible with the Larc or a plane landing on the beach. There had been some reports of Giant Trevally in the area. Bustard Head is surrounded by two estuarys which hold one of the only two estuary coral systems in the world and i made arrangements for the Larc to drop me on the southern side, leaving the tourists to carry on their tour. 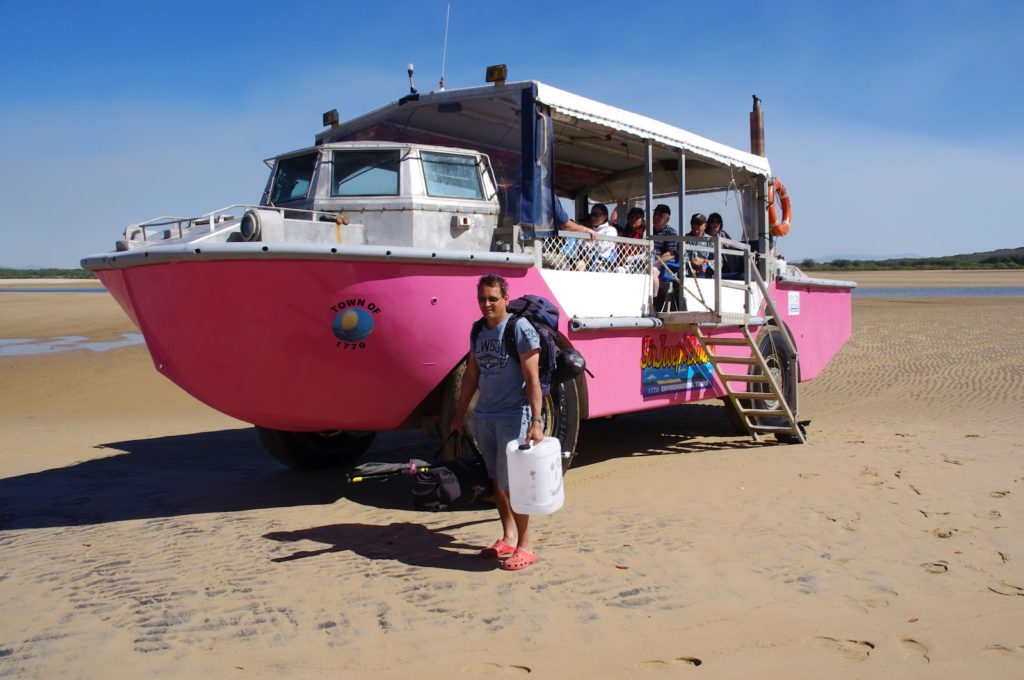 After setting up my basic camp for the next two nights i was keen to explore the headland and set off for some bushwalking to find a suitable ledge. As i watched the Larc disappear in the distance, i took in the beauty and the feeling of isolation for a few minutes. 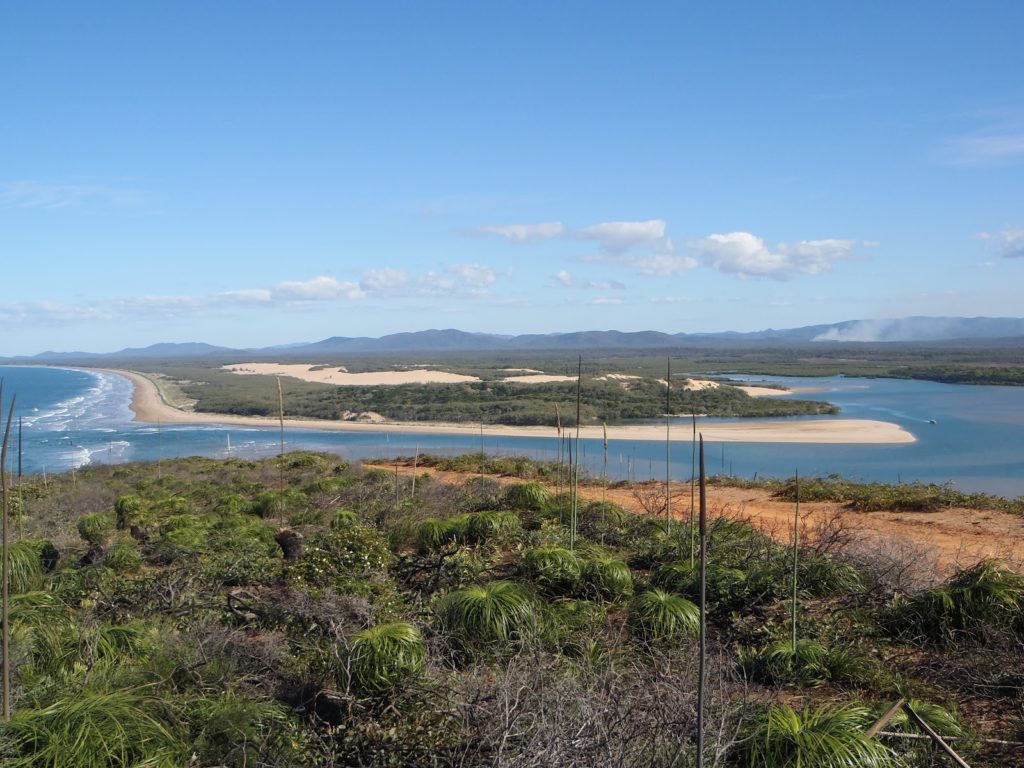 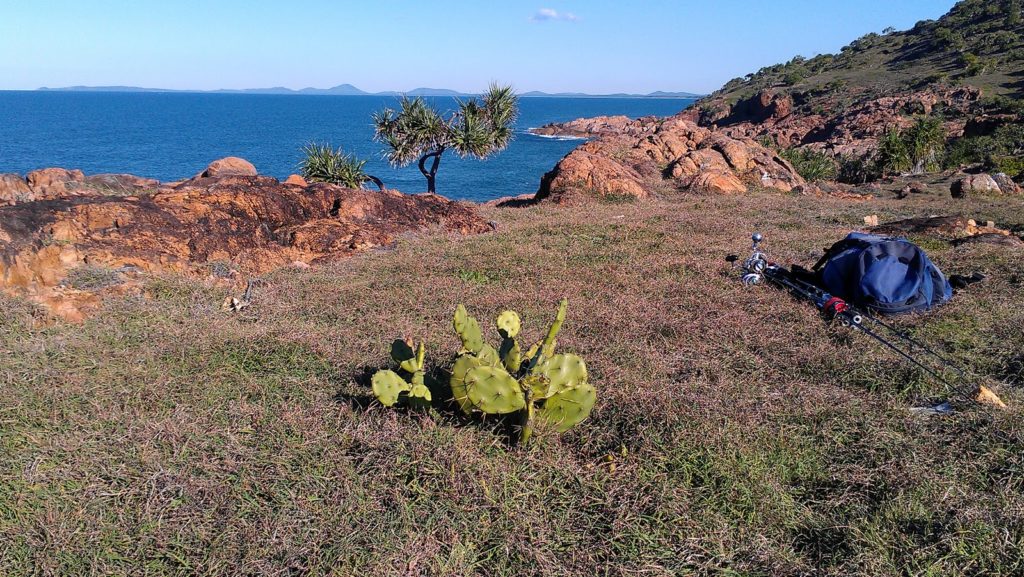 After spinning with lures and poppers with no result, i returned to camp and settled in for the night, wondering what the next day might bring. 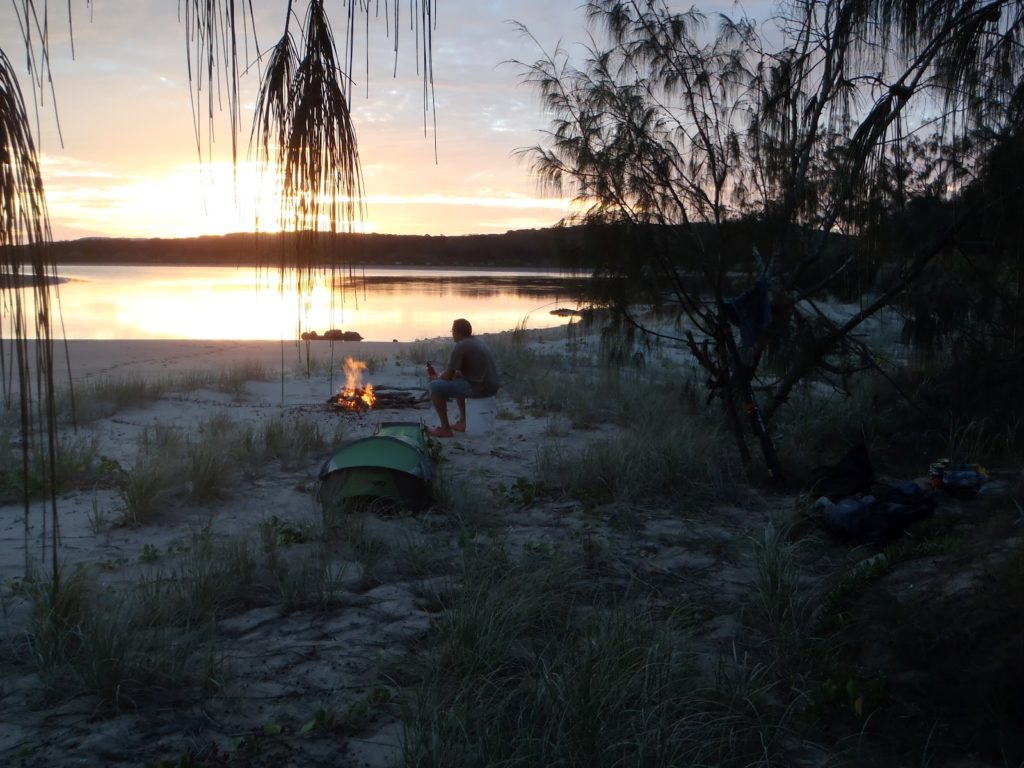 Getting to the ledge on daybreak the next morning i was full of anticipation and not long after i started spinning i saw some small tuna leaping out of the water, which continued a few times over the next hour. So i packed up and moved further to left where i saw the fish. The tuna moved further out and eventually things looked quiet by mid morning and my back and shoulders where aching from constant spinning and popping so i had a break for lunch before getting stuck back into it.
By around 2pm i was working a Rapala lure back towards me, when around 10 meters from my feet i saw 3 Trevally chasing after the lure and my heart nearly stopped. I cranked the lure for the final few meters when one of the fish launched and grabbed the lure right in front of me. A short, brutal run followed before turning sharp right close to the rocks. Backing off slightly he ran deeper and out further but not happy when i stacked the drag back on. Over the next 10 minutes or so i managed to keep him away from the reef to my left and eventually managed to gaff him and lift him out of the water. 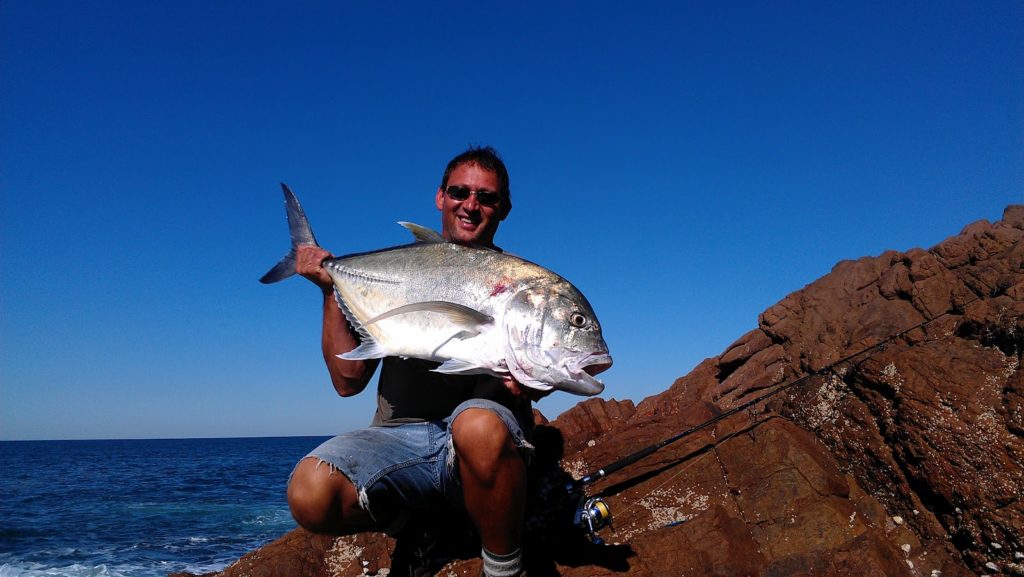 After some major shouting to myself, i took a few pics and just when i thought the day couldn’t get any better, a boat motored past and i managed to wave him down to take the fish off my hands. 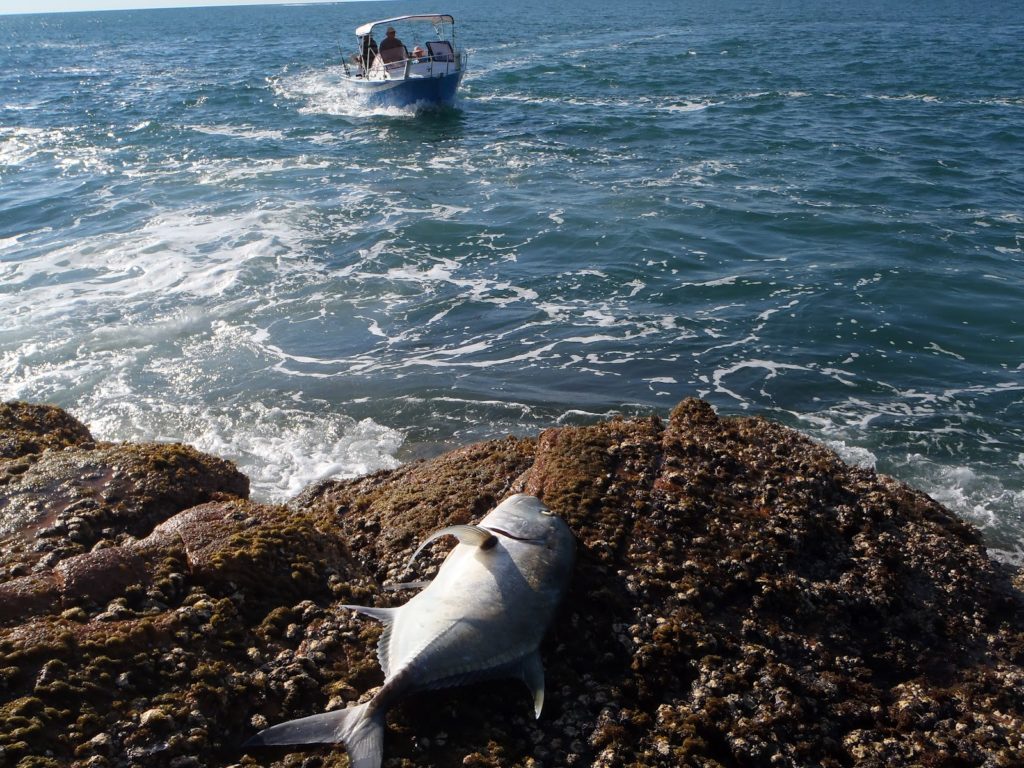 Once i got back to camp, i had some celebrations with my new friend Mr. Watson. 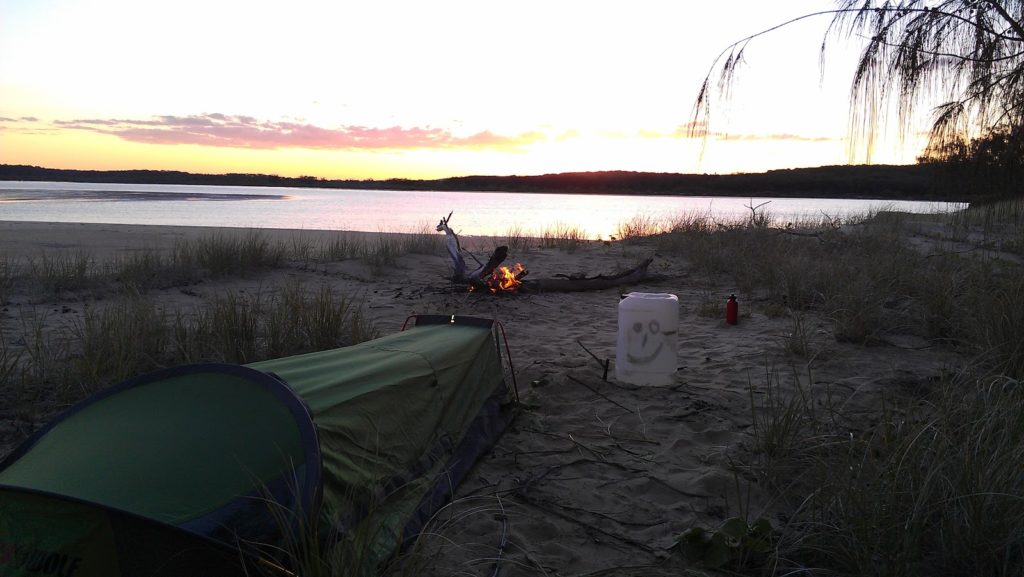