After fishing the shallow water at Exmouth, i was keen to try and balloon into some deeper water again. With the Ningaloo Reef everywhere this was a challenge but i found a promising spot near the lighthouse. The day started with two Black Tip Reef Sharks which were released and a School mackeral which came home for the BBQ.

The next day another shark took a bait and this one turned out to be a Spinner Shark with beautiful colours. 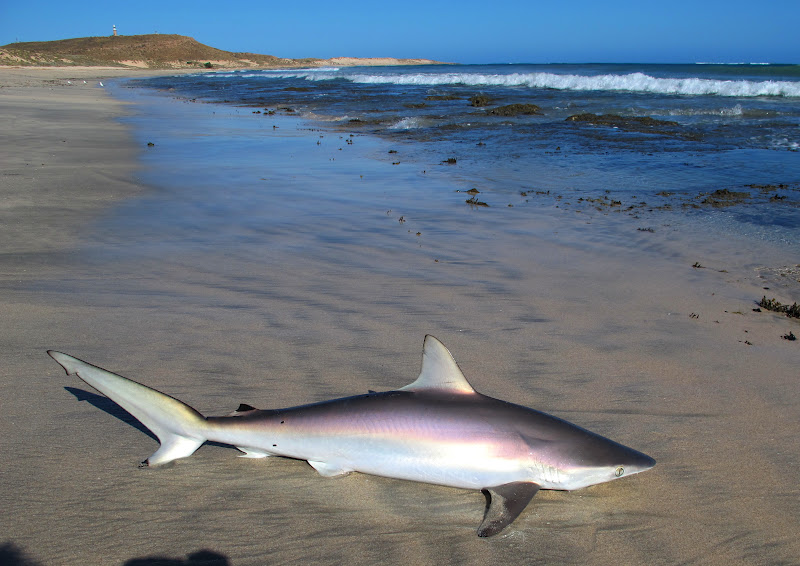 When i saw this Mackeral come closer to the shore, i thought i had finally caught my first Spanish but as it turned out it was my first Shark Mackeral. Not a bad size one either. While i took the photo, the Humpback Whales splashed around in the background, which were moving south constantly.