After some unsuccessful gas ballooning with skipping garfish, i returned to the jetty at Darwin and it was a case of “eat and get eaten”. The 3 tier jetty holds masses of Herring at times around it’s impressive structure and often the Mackeral and other predators hunt between the pylons. I managed to catch a Grey Mackeral on a Herring bait on the first day. 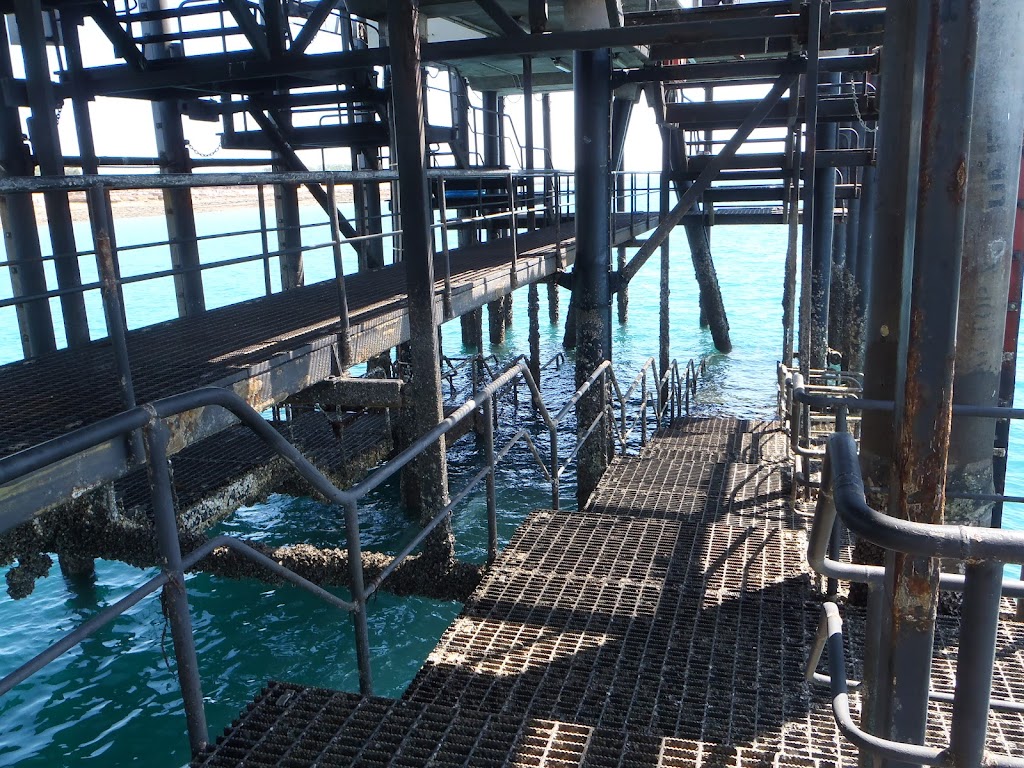 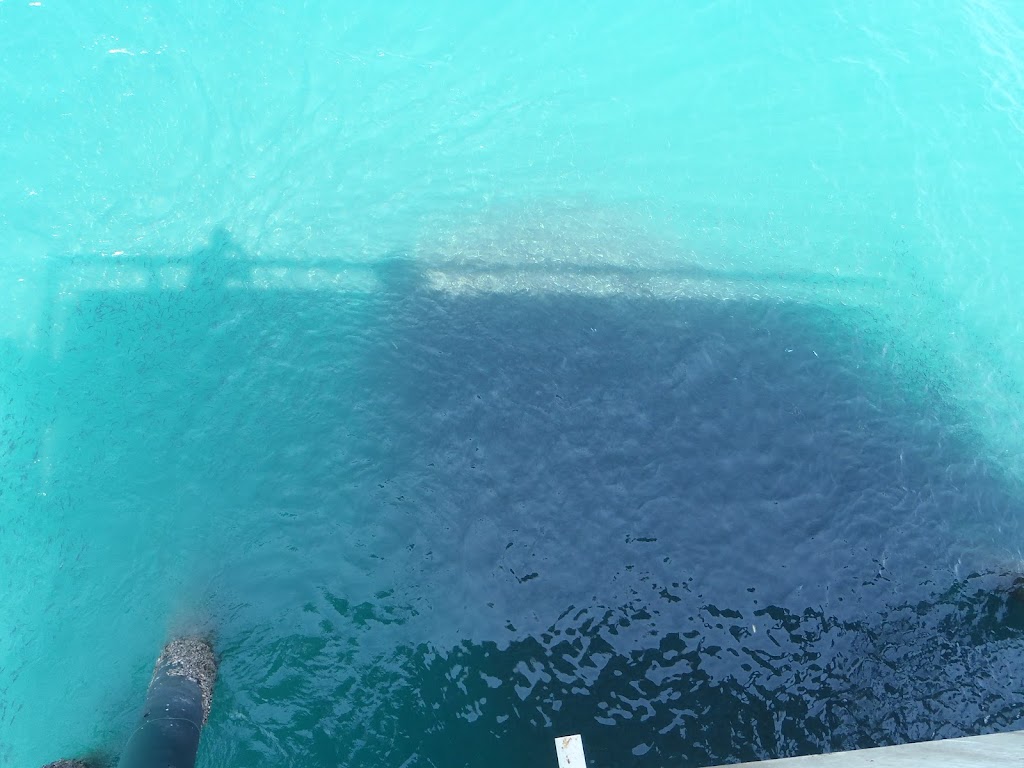 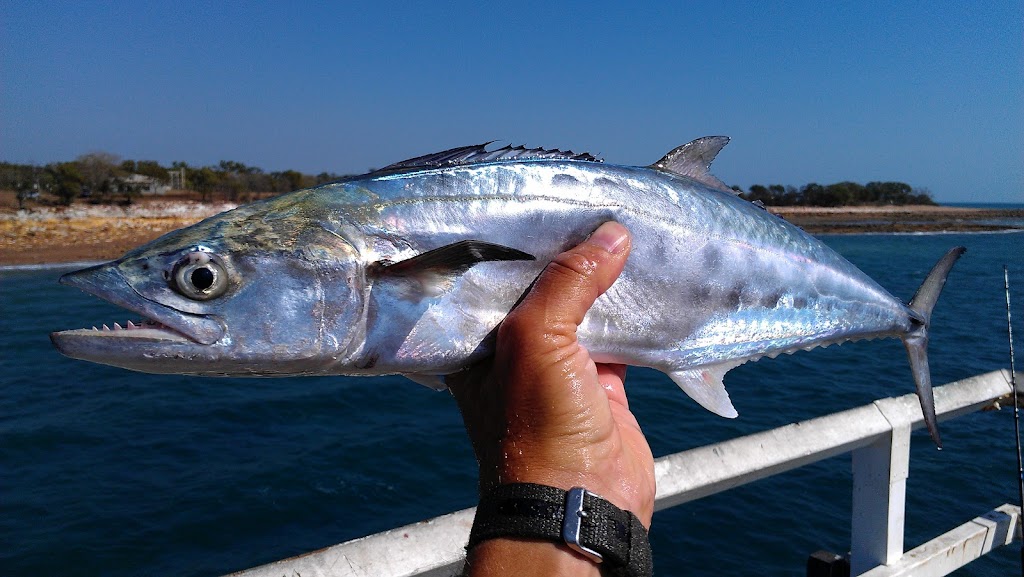 My rod went off one morning and at first there wasn’t much weight but suddenly the reel howled and i felt some serious weight. After a couple of exciting seconds there was nothing and once i reeled in to see what happened, we saw that the Herring bait had turned into this Mackeral carcass. The Mackeral had eaten the Herring and then something had eaten the best part of the Mackeral with the hook somehow attached to the carcass. 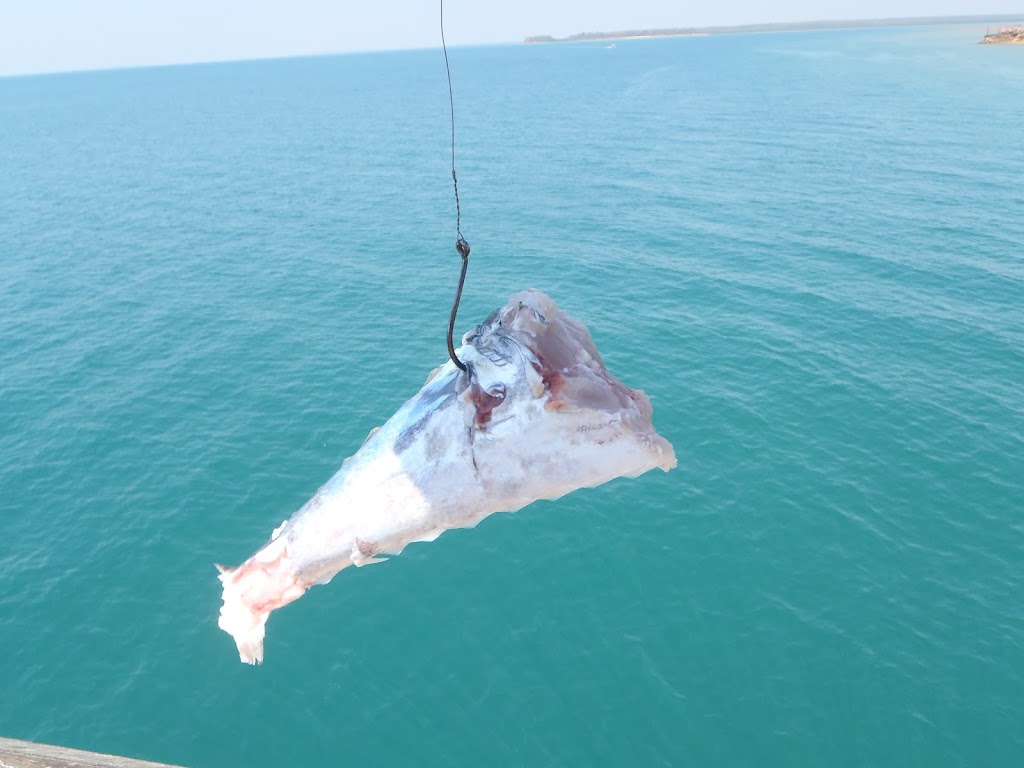 Sending a bait further out often resulted in Terns swooping in, trying to take the Herring off the hook and on one occasion even an Eagle flew away with my Herring in its claws. 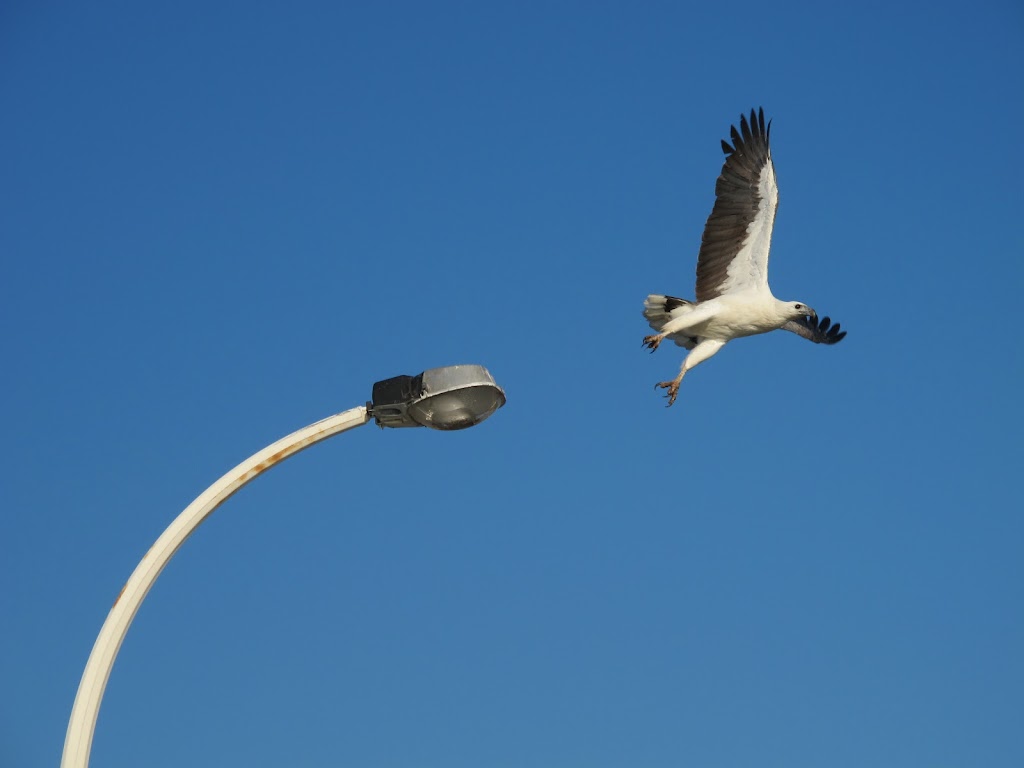 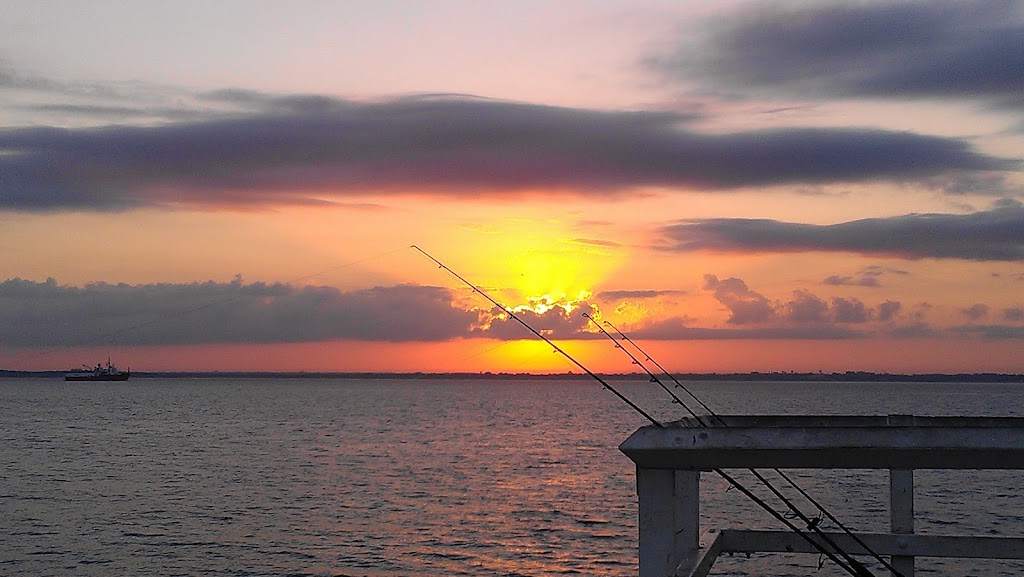 After a glorious sunrise, the theme of “eat and get eaten” continued when i reeled in a Queenfish and a Grouper came up from the depths trying to eat the Queenfish. Here is some video of the one that got away from the Grouper:

I also managed to get another two Queenies up on the pier which rounded up my time in Darwin. 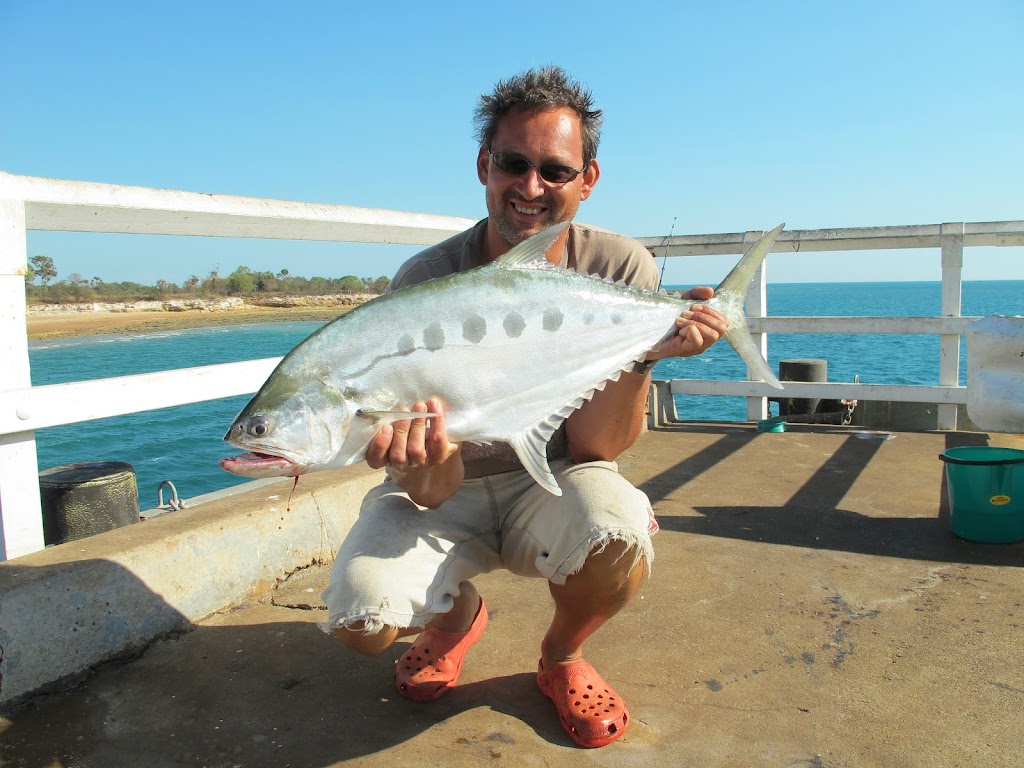