The currents looked promising for a possible Black Marlin off the rocks at Jervis Bay, so another road trip was in order. Like so many keen LBG anglers i watched Phil Atkins DVD “Marlin of the rocks” and always wanted to fish the legendary “Tubes” platform. These days the weapons range only opens on the weekend and i decided to fish the outer ledges for 2 days first. Once arriving at the Jervis Bay National Park, anticipation grew. 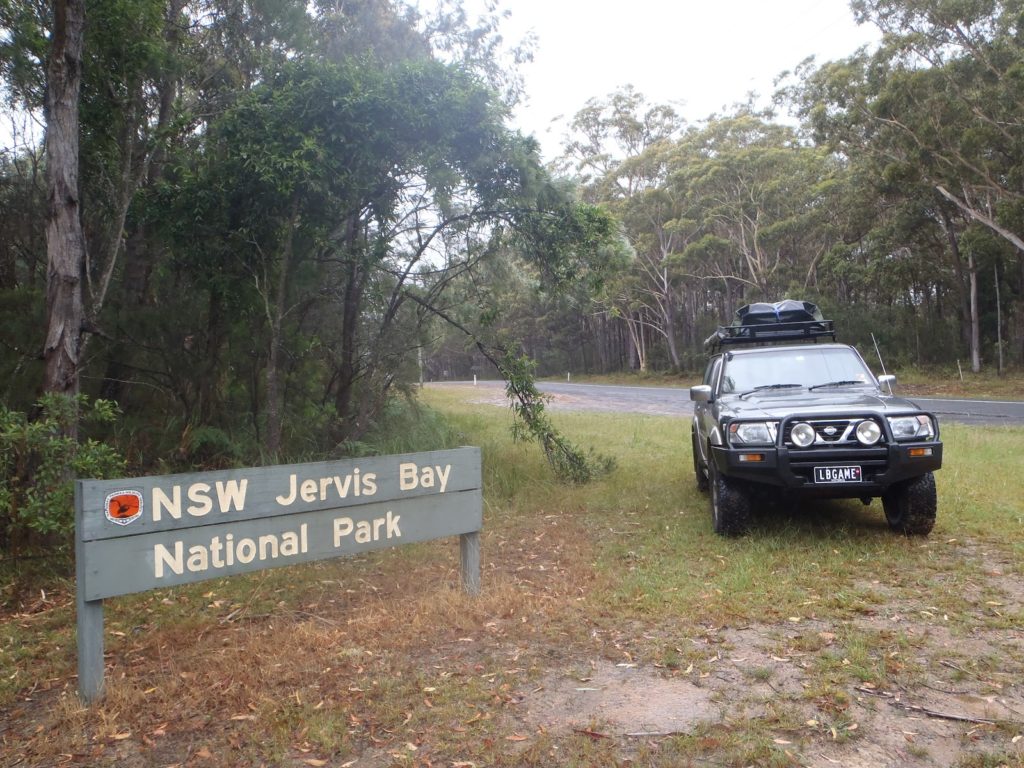 The walk in to my chosen ledge was a long one and once there i saw the water alive with Frigates, Bonito and Salmon. Feeling my lure indicated the water was very warm as well, all promising signs. It didn’t take long to catch some Bonito which i sent out as live baits and after a few hrs watching some Hammerhead Sharks swimming close to my bait i saw a boil close to my bait and thought a Hammerhead engulfed my Bonito only to see the Shark tail turned into a Black Marlin tail and a local named Jack jelled out “it’s a Marlin, it’s huge” and next thing the bill was sticking out of the water before the Marlin went on a screaming run. With my 50W howling in freespool i waited and then hit it. Jack yelled out “hit it again, harder” so i hit it twice more and to my dismay the hook pulled. Devastated. This was the second time in 12 months as i lost one on the 12th of February 2011, after a big Marlin done me over.
The next day i walked in at 2am, hoping to catch some Slimie Mackerel at night for baits. We had some cooler water and the only action we saw was a Shark giving my live bait a crew cut. 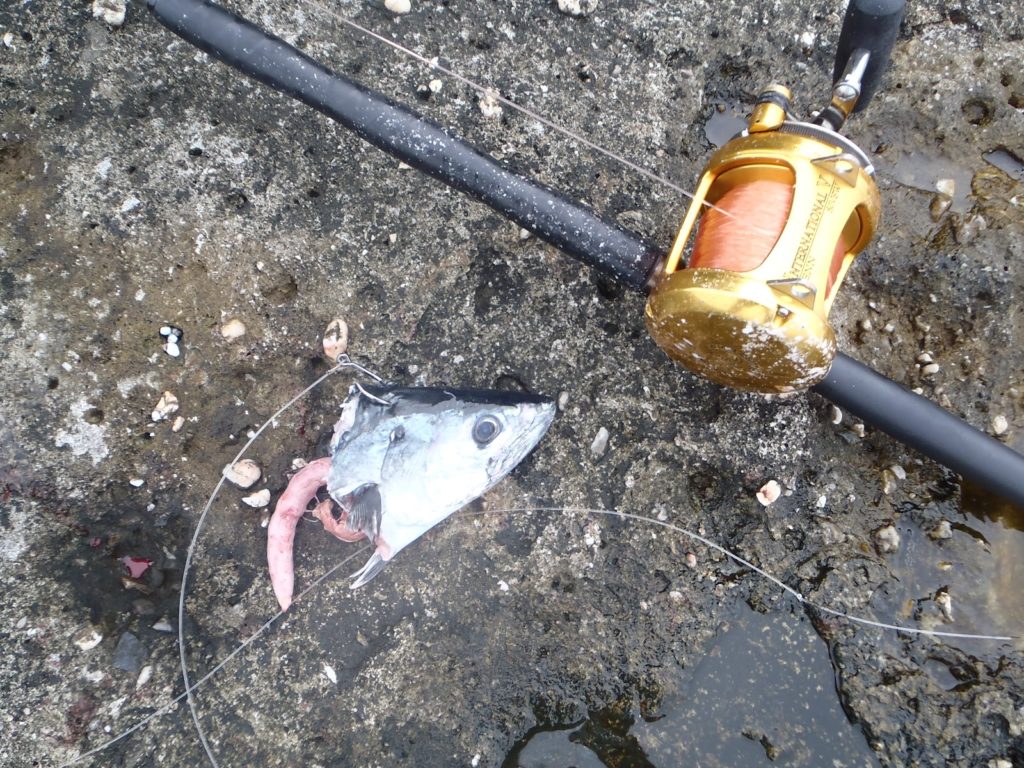 The weather also went from bad to worse with showers turning to solid rain and after a solid day of not much, i left this spectacular ledge and get ready for “The Tubes” 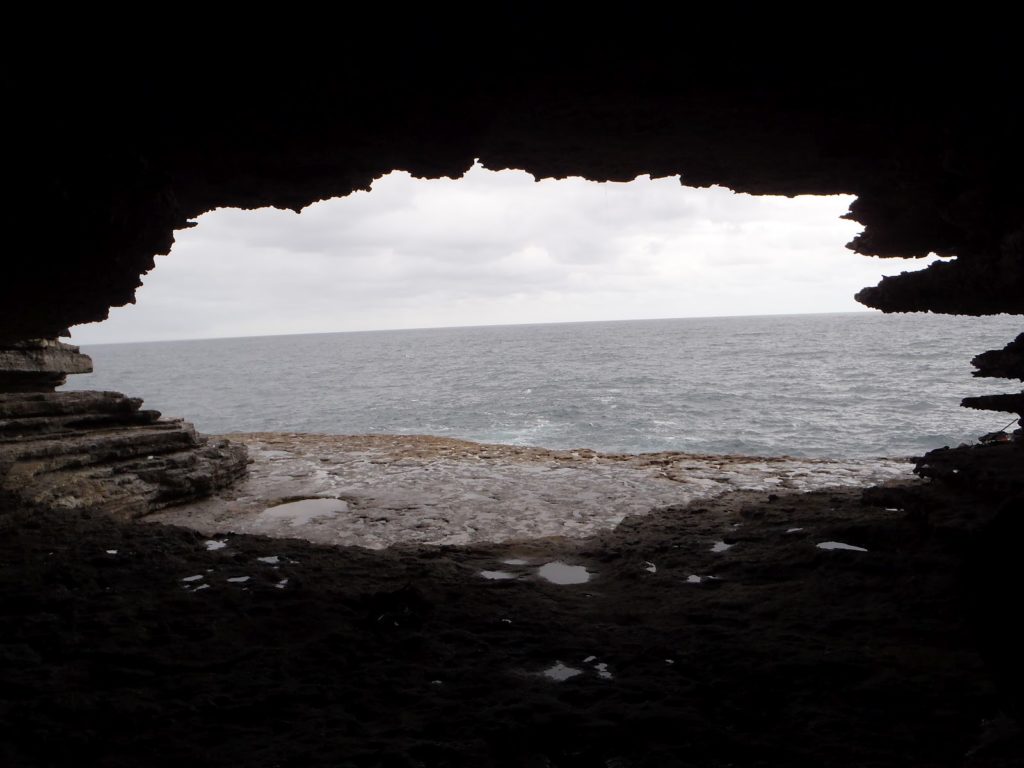 After a solid night of rain i waited in line for the weapons range to open and to race the other LBG nutters down to the ledge. It was on for young and old.
The rain was supposed to turn into showers and at this stage i was starting to worry if my already wet gear would see me through the night if this bad weather continued.

Once down the ledge i found a spot for my pool where i thought i would be able to keep the slimie mackerel alive during the night by continuously bucketing water. It was going to be tough in any case by myself. Tempers flared as one crew took over most of the ledge with pools and tarps to sleep under. All the other guys were clearly more prepared for bad weather than i was but i was determined to soldier on.
This is how it’s done properly:

By 10pm, fishing for bait was well underway but it became clear to me after my last set of clothes were soaked, i had to pull the pin.
All up a great few days at a historic LBG location and some lessons learned once again.