From Cairns the road was steep, winding it’s way up to the Atherton Tablelands where our first stop was at the famous Curtain Fig Tree. 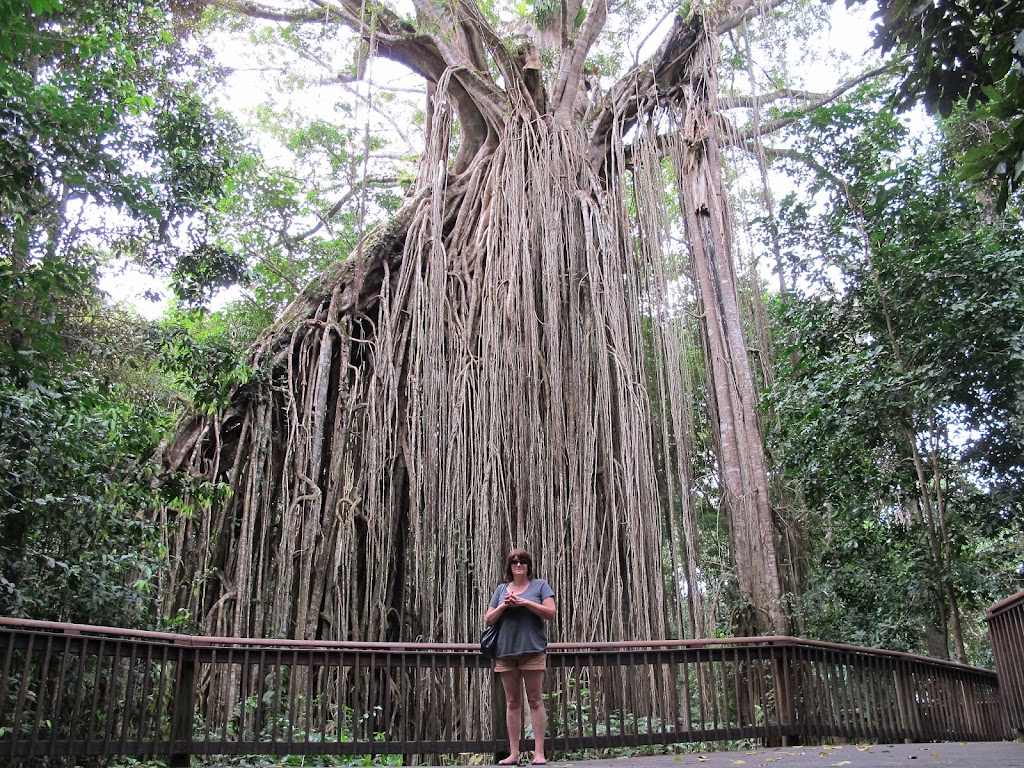 It’s amazing how the strangler fig tree starts out as a seed up in another tree and eventually strangles the host tree as the vines spiral down and around. 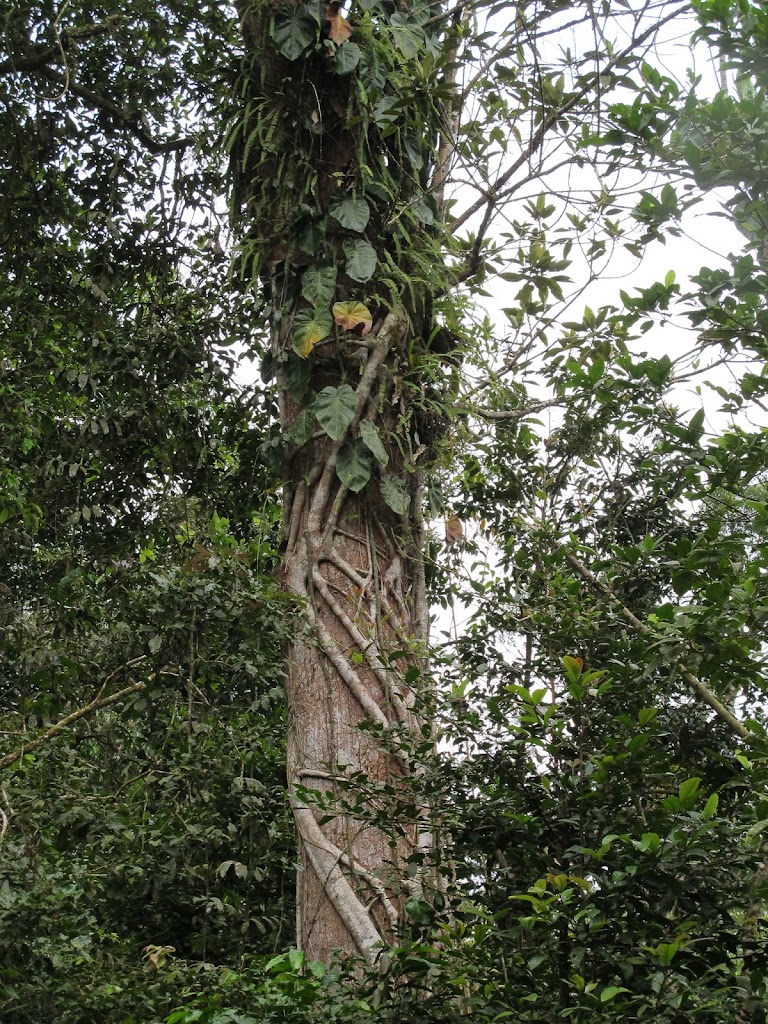 We then made our way across the tablelands to the crater lakes and also had a look at the waterfalls in the area, including the picturesque Milla Milla falls. 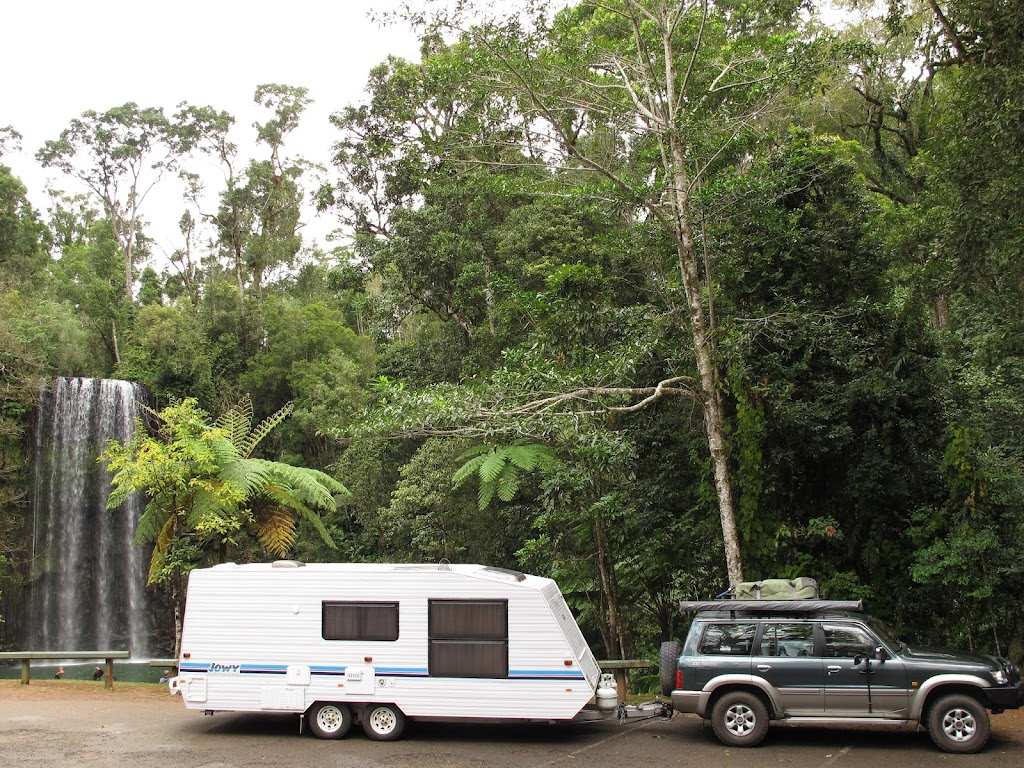 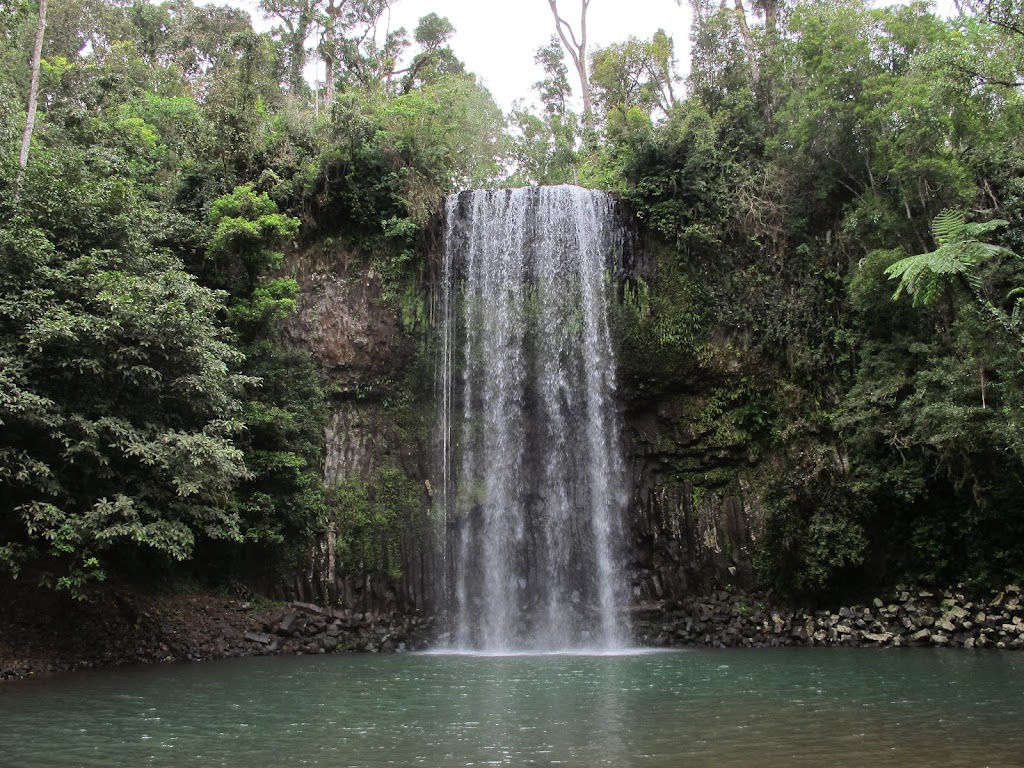 Further along the Savannah Way starts and a stop at the Lava Tubes is a must. The Undara volcano spewed lava across the land for 20 years continuously and formed the tubes over a length of  up to 160km leaving behind spectacular tubes and arches once the lava dried up. 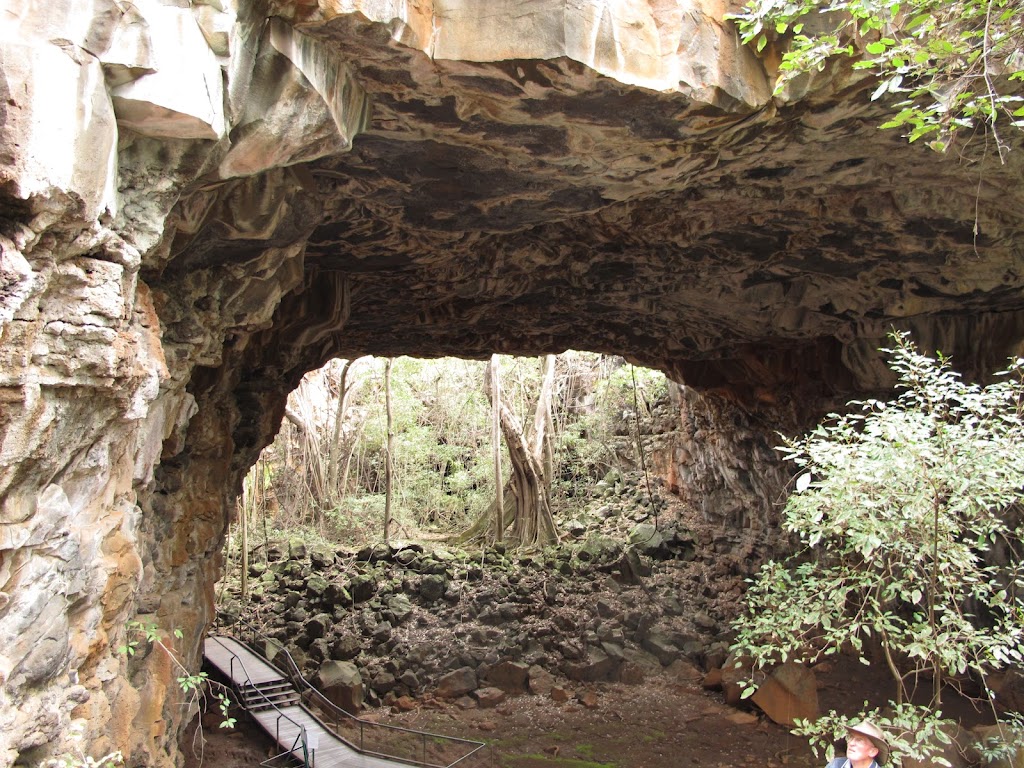 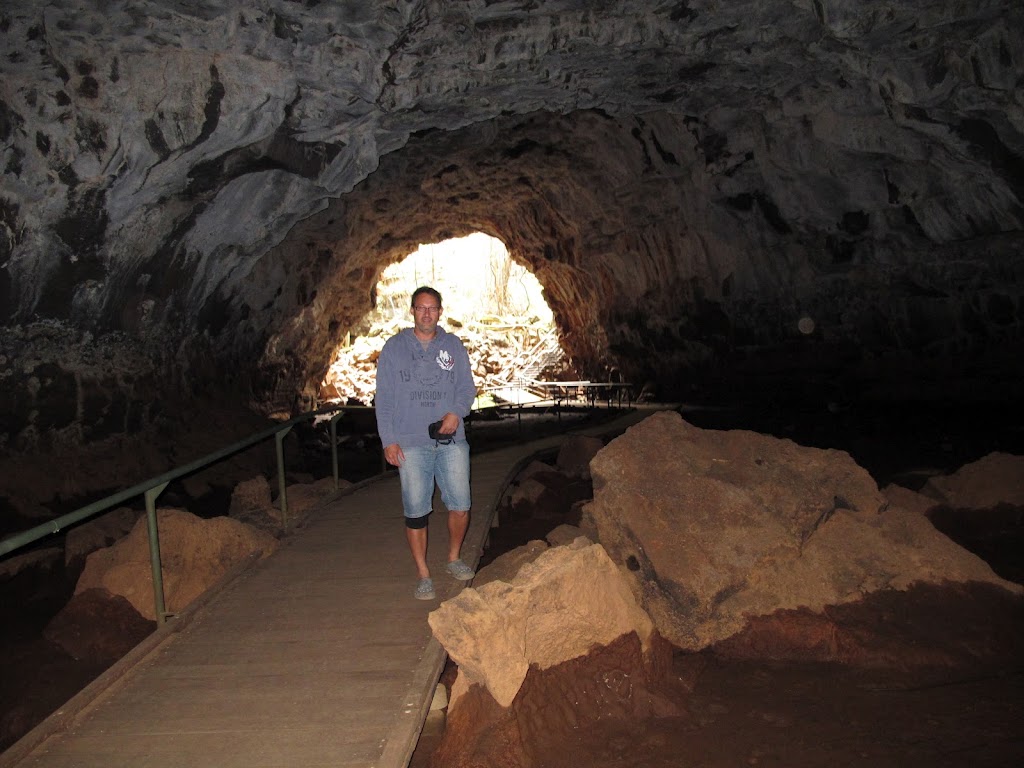 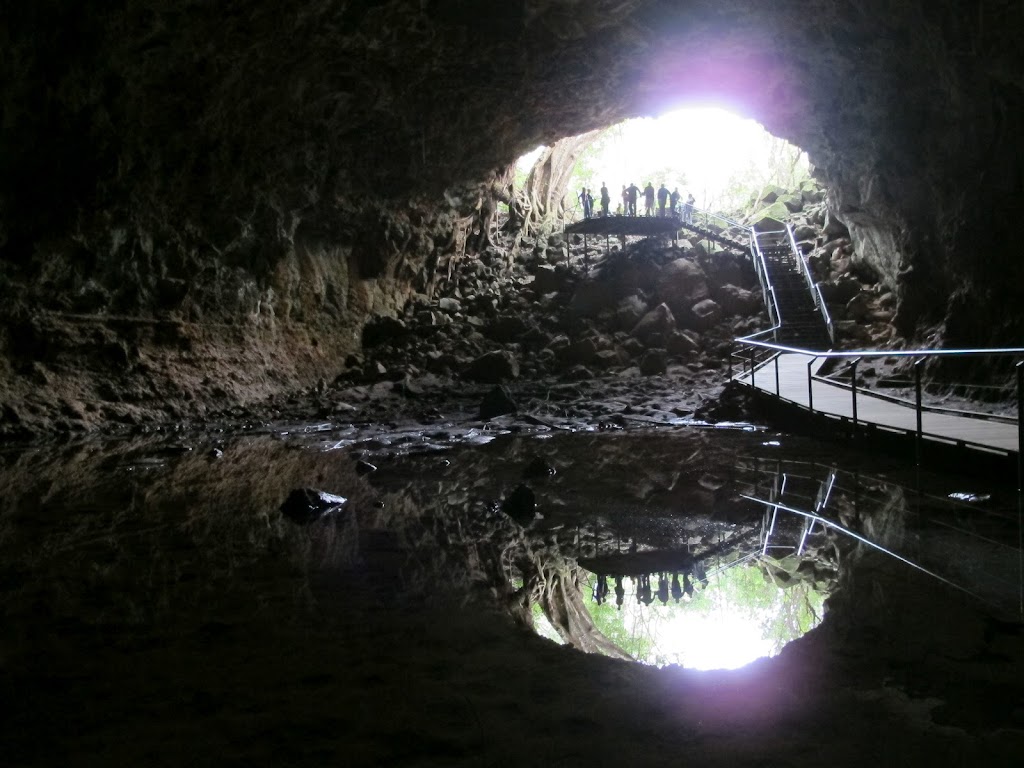 Our stop for the night was at a free camp near Georgetown, at the historic Cumberland Chimney where some amazing bird life resides at the billabong. Some bird watchers pointed out to us how lucky we were to see the extremely rare Cotton Pigmey Goose and a array of other birds, including Black Cockatoos and the very colourful Cloncurry Parrot. 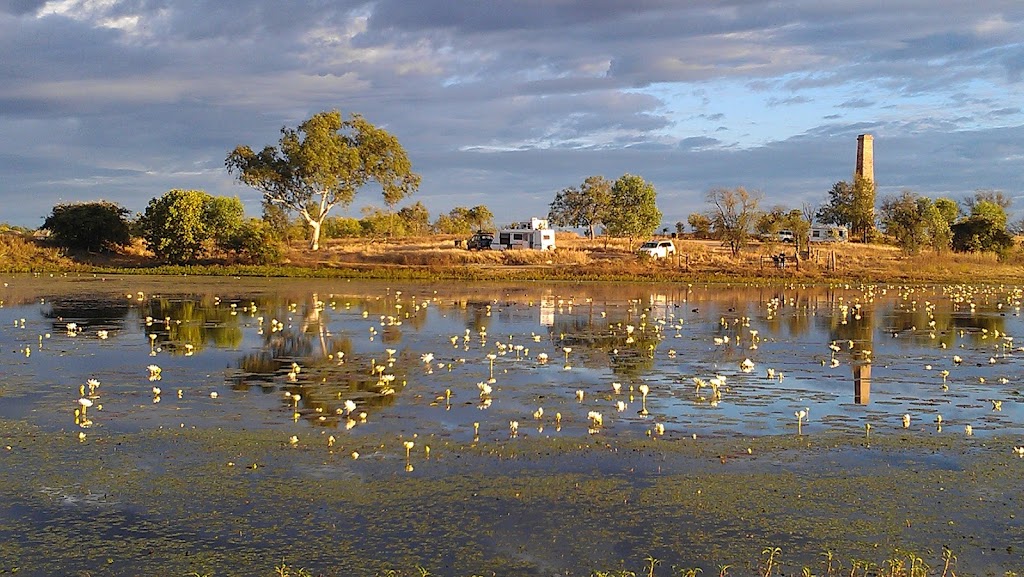